I’m sure there’s some biological reason why browns change their colors in November and December, during the spawning season, but I don’t know what it is.  Sometimes they turn golden brown, other times their spots brighten and pop.  The streambeds shred their fins and scar their bellies. 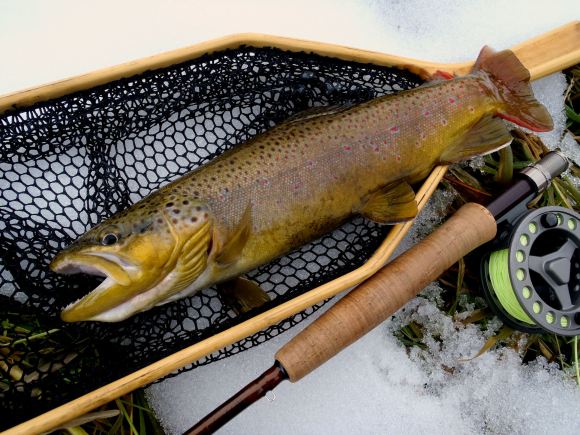 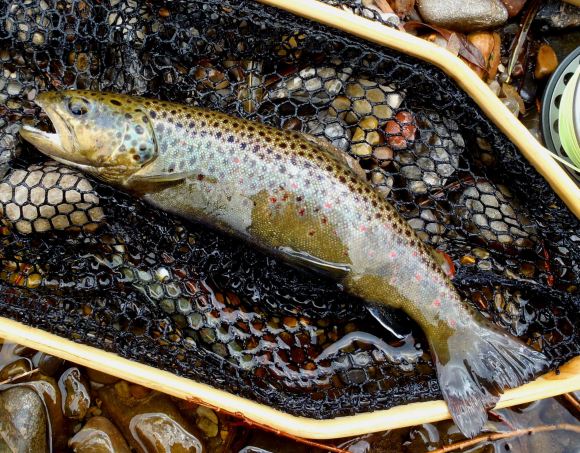 Dark silhouettes stitch to the bottom of the river and orbit redds. 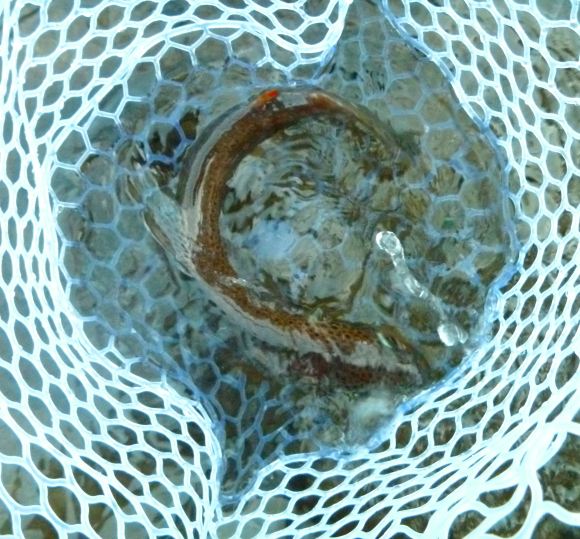 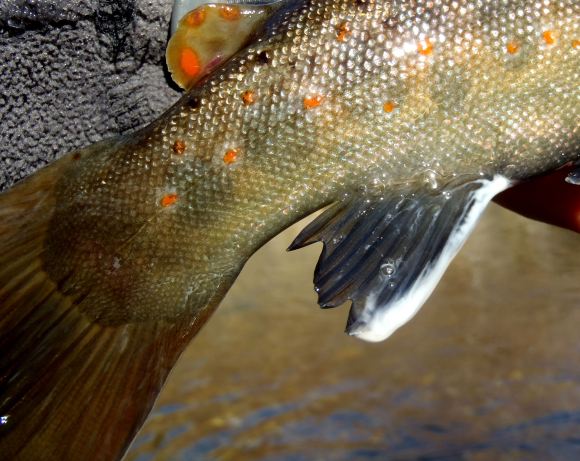 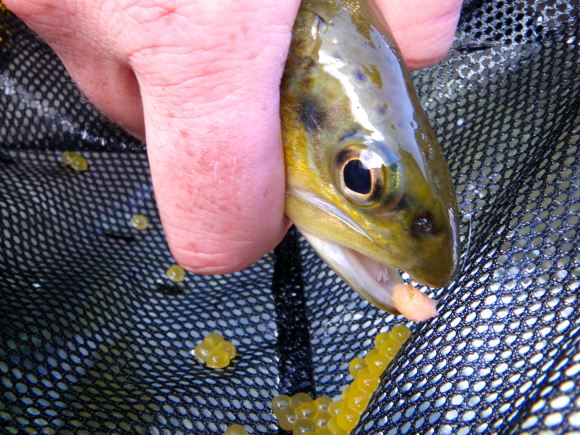 I don’t pretend that protecting the cutties makes me noble.  But I’m not coldhearted, either—I care about more than just ripping lips and hauling in hogs.  For whatever reason—maybe the season, maybe the sheer number of trout that are there to catch, maybe the solitude on the river—it’s one of my favorite times to fish. 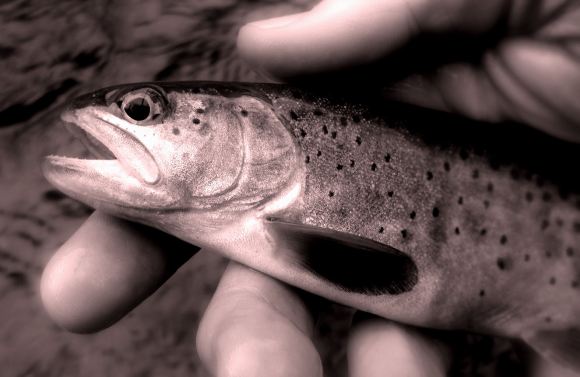 I’m going to be honest: I don’t love you. I never did.

Maybe it’s the ratty gray bathrobe of leftover snow you wear. Or maybe it’s because we have so little in common. I like fly fishing. You’re into George Washington and groundhogs. All I know is this isn’t working out.

Frankly, it has a lot to do with your effect on fishing conditions in the freestone streams I call my homewaters. By the time you show up, the easy friendship of autumn fishing is practically forgotten. Even the brown trout spawn has been over with for a month. The first big hatch of spring is out there, somewhere, but it’s still keeping its distance, like some henpecked guy ducking a difficult girlfriend. Yes, I’m aware of your midge hatches and the little black stonefly you’re so proud of, but don’t kid yourself—these are erratic and compensatory at best. Not at all exciting.

Last year I caught two fish during your entire stay. This year’s been a little better, but even when I get skunked, I see the way you treat the fish—they’re half-starved, listless, heads inclining toward the streambed. They pray for March. Look at them. They are as sick of you as I am.

A fishing pal of mine hurt his back during your residency this year and missed a couple days of fishing. There wasn’t much to miss, of course—a couple rainbow stockies, a ten-inch cutthroat. While I clamber a steep river bank, half-snow and half-mud, I picture my laid-up friend at his tying vise, warm pink fingers working a thread bobbin at a relaxed pace. Then he reads a book or watches fish-porn on his computer. His wife passes by and sets down something hot for him to sip. She pats his shoulder, glad to have him at the house on a Saturday. 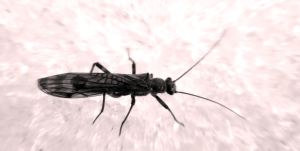 I almost envy his excuse to stay in, because I feel a nagging pressure to suit up and take you to the river. I know you won’t put out, but the phrase “you never know” gets murmured a lot just before February fishing trips. So I go. I give it the old college try, but you’re as icy as ever.

You may be the shortest month, Sweetheart, but you’re also the longest.

This is not entirely your fault. You are a brittle and neglected month. Someone bilked you out of two days to compensate for a math error in the calendar year. I suspect it was a scheme cooked up by anglers to transfer a couple of perfectly good fishing days to friendlier months, but they inadvertently changed your duration to that of a menstrual cycle. No wonder you are often cold and bitchy to fishermen; no surprise you host that most romantically perilous observance, St. Valentine’s Day, when we lay aside our rods and tremble through penances given by our ladyfolk—roses, chocolate, restaurants.

As you can see, I have tried to see your side of things. You know I feel bad when Leap Year screws up your cycle, I always correct people when they pronounce your name wrong, and although I’ve fished Thanksgiving Days, Christmas Eves, and even on my wedding anniversary, I’ve never gone out on February 14.

So I hope you can see my side, too: one day last winter, I scared up a little brown trout from under a pile of driftwood. Poor creature fled about three feet, then stopped cold, as if to say, “On second thought, just kill me, bro. It’ll save me the grief of another two weeks of February.”